UPDATE: â€œThe Bowmakersâ€ is not playing through Tuesday, September 22 at midnight.

â€œThe Bowmakersâ€ is a documentary about a most surprising subject: five of the world’s greatest creators of violin, viola, and cello bows all happen to live in the same small coastal town in rural Washington state. Check out the trailer:

Like seemingly everyone else on the planet, I’ve started a podcast. Well, not just me â€” it’s me and my friends Kensho and Tiffany, two of the most intelligent and well-informed people I know.

Crucially, we’re trying to make this show a broad-based look at the world of classical music. When classical music breaks through to the mainstream media, it’s usually just something to do with the world of the biggest orchestral institutions, or star conductors â€” very often it’s strikes or budget cuts or bad behavior.

Find me another composer as adept at suffusing his canvas with darkness, laying on the thick impasto of a late Rothko. You’ll find plenty of angst and agony among the rest, but youâ€™ll never find a musician working in such satisfying gradations of blackness as Alfred Schnittke.

Listen to how notes sustain, suffusing the air like smoke. This is a consistent element of Schnittkeâ€™s style, from the early days of the first string quartet right up to the austere works that he wrote after dying and coming back to life (not making that up!) Even his zaniest moments are like Pennywise peering out of a street gutter.

Stephen Sondheim is the heir not only to the artistic legacy of Gerswhin, Arlen, and Rodgers, but heâ€™s also a direct inheritor of the musical legacy of Maurice Ravel. His music is to Ravelâ€™s as birds are to dinosaurs.Â

Sondheim writes in short score, the purest articulation of the musical art. His music is not written to be played as such, and so it must be translated, either expanded (orchestrated) or condensed (for piano.) His main translator has been the orchestrator Jonathan Tunick, and because Iâ€™m an orchestral musician at heart, to me, â€œSondheimâ€ really means Sondheim + Tunick.Â

And hereâ€™s the thing: Sondheim agrees. Iâ€™ll let him explain:

Itâ€™s worth noting that every Sondheim has been awarded the Tony for Best Score, he’s taken the opportunity to single out Jonathan Tunick as a collaborator (and often to bemoan the fact that there was no Tony awarded for Best Orchestrations.) Sondheim is a lover of orchestral music; itâ€™s well known that he mainly listens to Brahms, Tchaikovsky, Rachmaninoff, and Ravel. Letâ€™s just say, he gets it.

Itâ€™s not just me who calls Alberto Iglesias the master of the quartet â€” itâ€™s Pedro AlmodÃ³var himself! 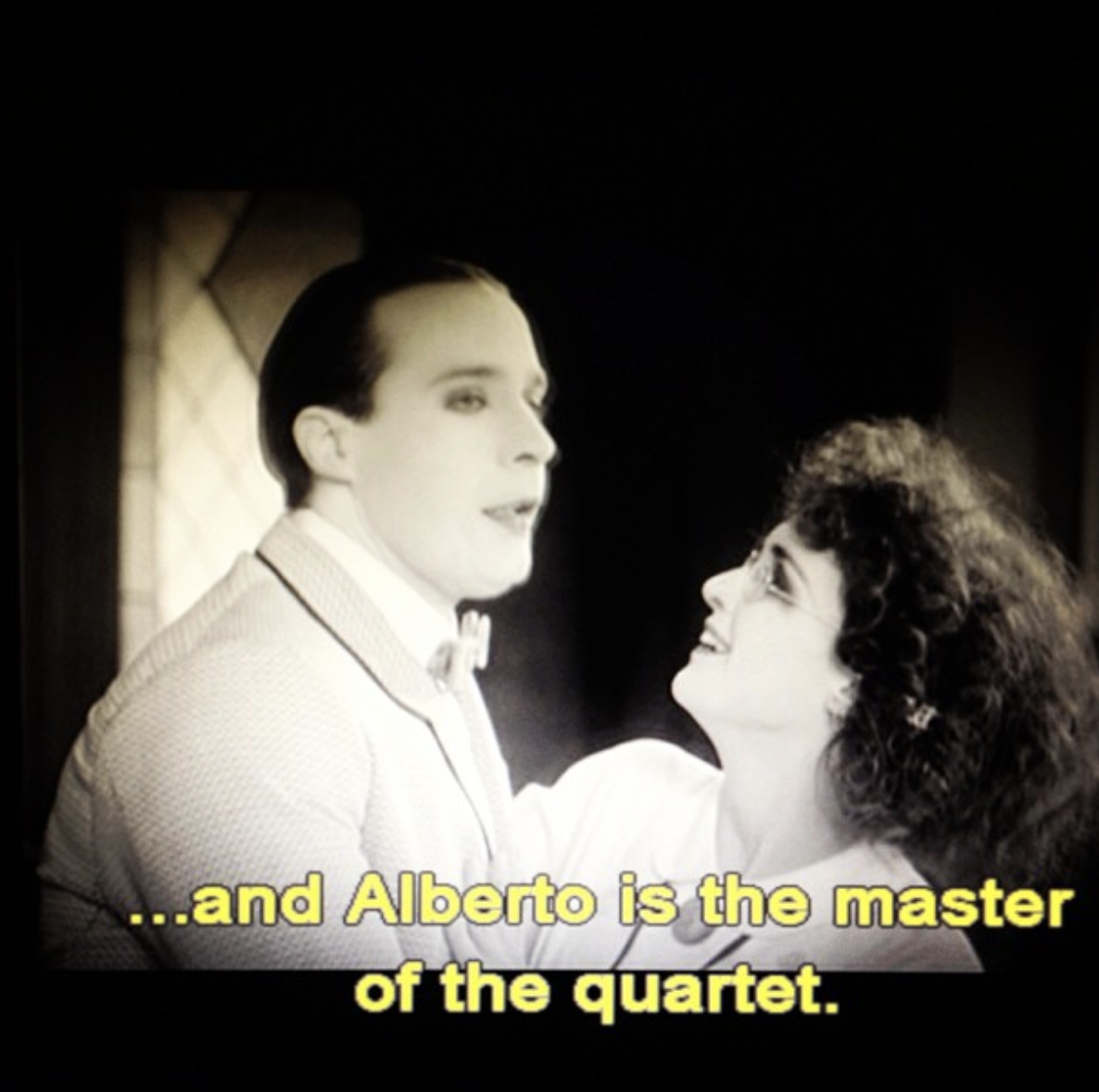 Pedro AlmodÃ³var does not use temp scores for his editing, but he wants music. In fact, he wants the music thatâ€™s going to be in the film â€” or the closest possible approximation. So he asks Iglesias to create a sort of temp track of his own.

I think Rossini would have made a great video game composer. Listen to his overtures. Everything is so modular. Any phrase could lead into another, and whenever he gets stuck, he just does one of those up-and-down scales in the first violins.

Plus, those crescendi really amp up the tension, and you could repeat them an infinite number of times without losing anything. The climaxes are inevitably disappointing, but who cares, you just go on to the next level.

His motives are attractive and simple, and he uses them to create a totally convincing “universe”. Like, for a game about a bunch of scheming 19th century housemaids. Finally a video game I could actually get into!